Air quality in the urban regions is already a topic for decades. Although we see a shift of propulsion systems towards electric vehicles, the combustion engine will accompany us for further decades along with air pollution issues. The team for advanced measurement solutions at Virtual Vehicle identified and picked up the emission topic already long before the “VW Dieselgate” became public. Measurement technology has always been the enabler for innovation and technology optimization.

The biggest issue around Diesel engines are the NOX emissions. The most promising technology for exhaust aftertreatment is the selective catalytic reduction (SCR). SCR uses a urea-water solution (AdBlue®) being injected into the exhaust gas. The AdBlue® is converted to ammonia which acts as reduction agent for NOX within the SCR reaction. This process is well known for stationary power plant processes but for the application in vehicles and their dynamic behaviour the process turns out to be very complex to parametrize. Depending on the operating conditions several problems like underdosing, overdosing or solid depositions can lead to a complete system malfunction. 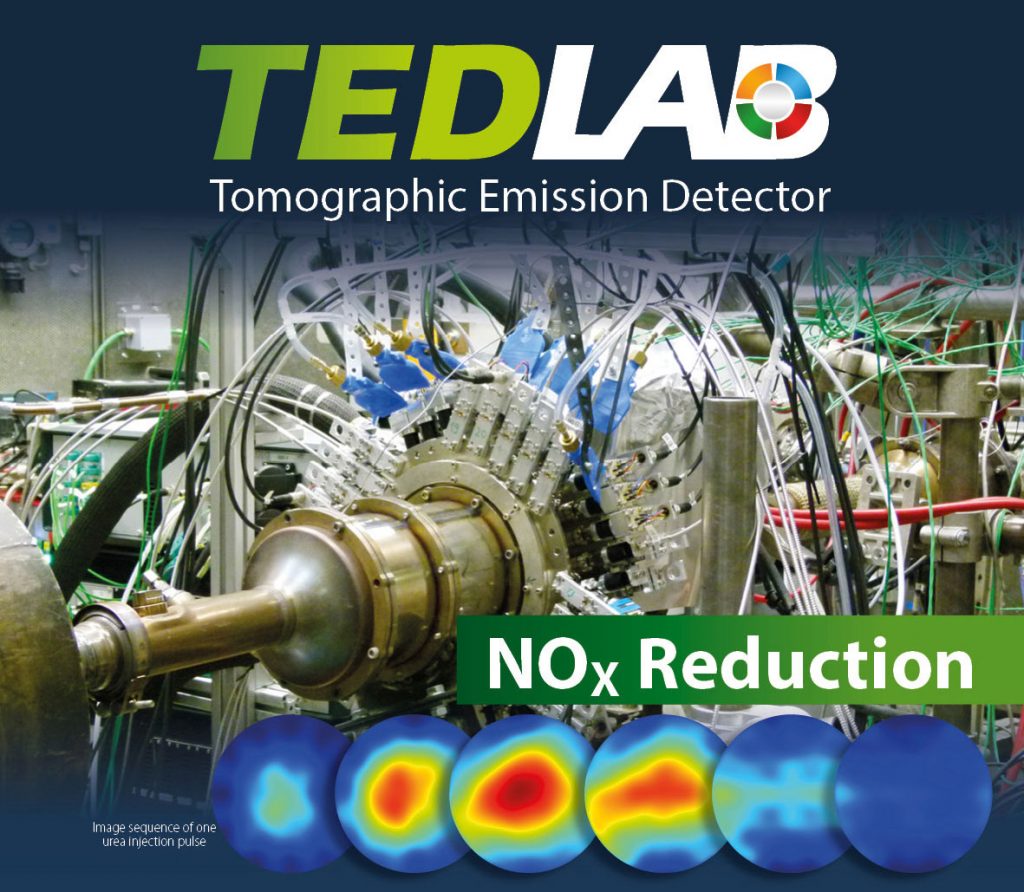 The investigation of the complexity of an SCR system was the very beginning of the success story of the Tomographic Emission Detector – TED. Next to fundamental experiments on the thermal behaviour of the system and the crucial formation of depositions, also dynamic emission measurement became relevant. One of the key parameters for best emission conversion is the ammonia concentration distribution entering the catalyst converter. Up to now the common methodology uses classical gas analysers like FTIR spectrometer in combination with an extraction probe and a mechanical traversing unit to probe at a variety of geometrical points. The procedure takes several hours with the uncertainty of time invariance of the engine and possible reactions along the extraction path. It is impossible to capture any kind of dynamic effects inside the exhaust system.

The revolutionary idea to develop a system that measures all quantities in-situ (no manipulation of the experiment) by applying optical methods should raise the experimental SCR investigations to a whole new level. The concept includes gas detection using the light absorption in the deep ultraviolet spectral region. By applying multiple optical paths through the measurement cross section one can obtain projections of the gas distribution as basis for an inverse problem. The image reconstruction is based on well-known tomographic methods adapted to the present problem category.

After proving the feasibility of the concept with a simplified prototype including experiments on the hot air test bench a fully featured prototype has been designed for usage on the engine test bench. The TED prototype is capable of measuring emission relevant gases with low detection limits and a spatial resolution of 2 mm square. The robustness of the system has been proved on several measurement campaigns on the engine test bench. For the very first time it was possible to visualize the dynamic effects of SCR injections into the exhaust system at a frame rate of 100 images per second. 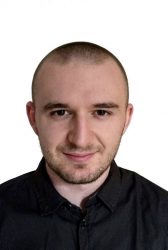