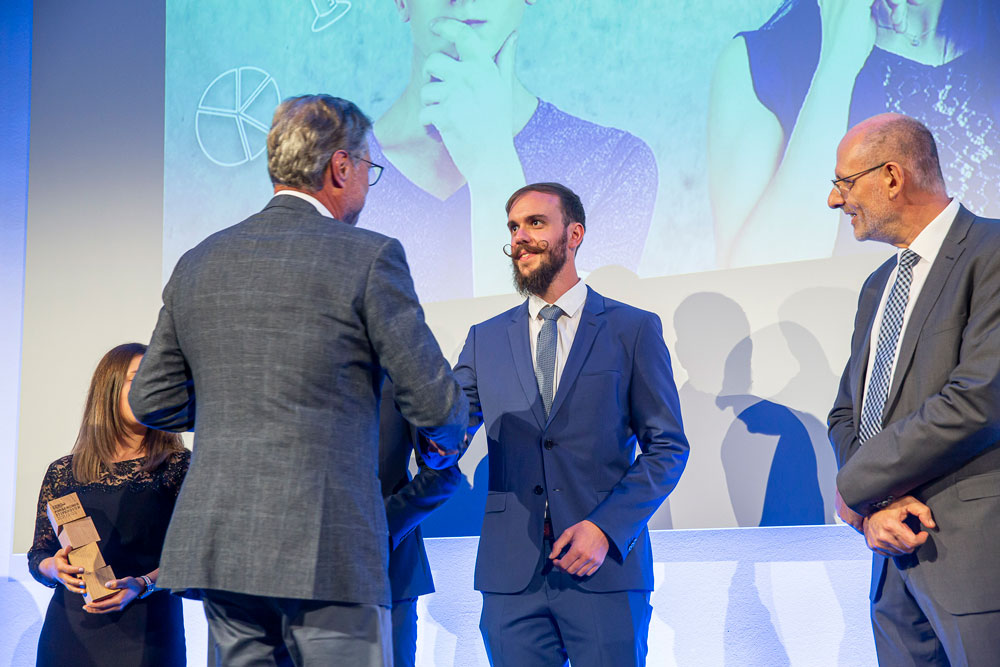 Posted at 10:28h in News by Wolfgang Kuhn

Congratulations to Georg Prinz: He won one of the coveted research scholarships for diploma/master’s theses from WKO Styria! His work on the topic of “Integration of flexible bodies in multi-body systems” was able to convince the expert jury: “Your work makes an important contribution to further strengthening the cooperation between science and business,” was the reason given for the award.

Since the 2013/2014 academic year, the WKO Styria has awarded 20 research scholarships annually for diploma/master’s theses that address issues of particular relevance to the Styrian economy. The special feature: It does not award prizes for existing scientific work, but rather promotes the development of business-related diploma/master’s theses. The scholarships are awarded by a 10-member expert jury consisting of seven representatives of Styrian universities and three representatives of the Styrian economy.