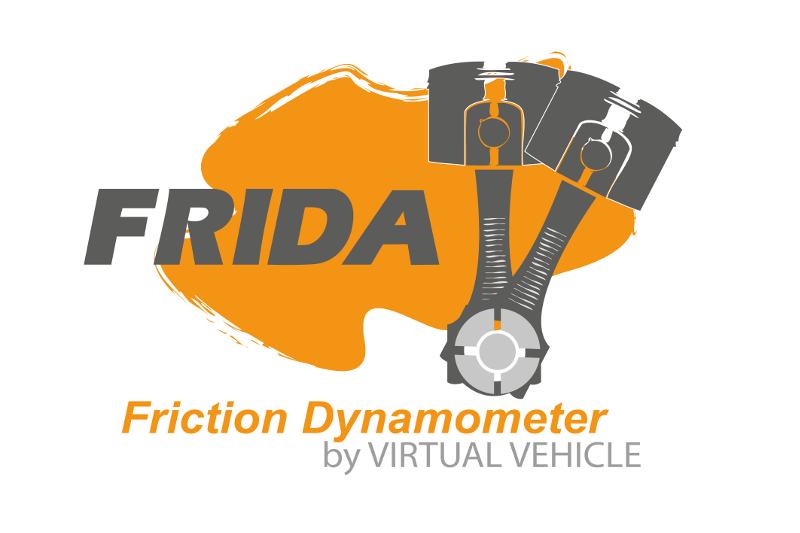 FRIDA is the in-house developed friction dynamometer test bench for engines that allows in an economical way to measure highly accurately the friction power losses in engines for all operating conditions of interest (load and speed). In addition to its superior accuracy, it further allows to determine also the friction power losses of the subsystems piston assembly, journal bearings of the crank train and the valve train for these operating conditions. 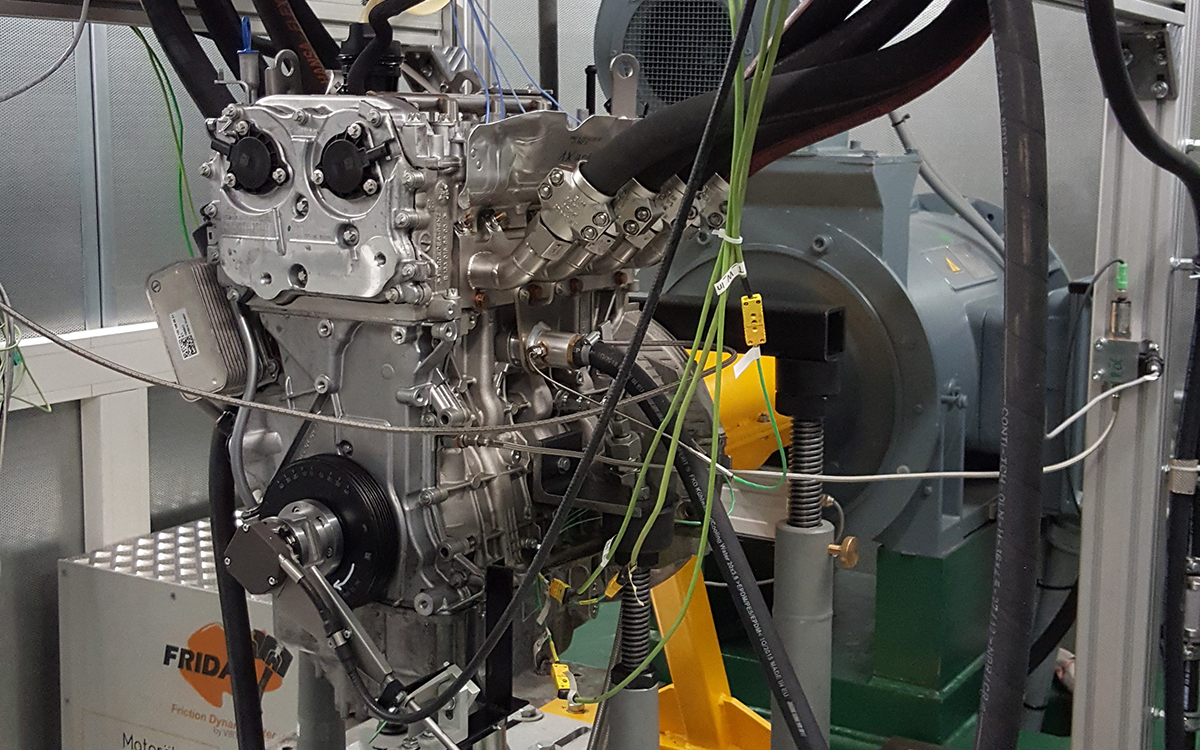 With its accuracy and flexibility FRIDA is a very efficient tool to investigate the friction power losses in engines not only for under realistic conditions (driving cycles etc.) but also to investigate the efficiency of (ultra)low viscosity lubricants, coatings, part optimizations and many more.

With FRIDA it is possible to investigate the friction power losses of all subsystems (piston assembly, journal bearings of the crank train, valve train) in the same measurement for the same operating condition (load, speed, temperature) without actually taking apart the engine. This becomes possible through the use of a highly accurate and reliable simulation methodology that was developed at Virtual Vehicle. Leading car and truck manufacturers trust FRIDA –we are happy to hear from you!

In addition to the common methods to measure the friction power losses of the valve train (e.g. als part of the strip down process), it is possible at Virtual Vehicle to develop, build and calibrate strain gauge based transducers for dynamic valve train measurements.