Even VIRTUAL VEHICLE’s first automated vehicle, a Ford Mondeo Hybrid that was put into operation last year, regularly causes a sensation on the test tracks and trade fairs. Recently, a second Ford Mondeo has been used for automated driving tests. In the process, the computer increasingly assumes control in this “Automated Drive Demonstrator”. State-of-the-art sensor technology provides a 360-degree view to put autonomous driving functions to the acid test. VIRTUAL VEHICLE has developed algorithms and “Embedded Intelligence” as well as installed a computing platform from Nvidia to test different “Automated Driving” functions.

“Autonomous driving is the big topic today and certainly one of the biggest drivers of innovation in the vehicle industry,” explains VIRTUAL VEHICLE Managing Director. Jost Bernasch, “but many tests and further developments have to be carried out in order to guarantee the highest level of reliability and safety.” Different methods of autonomous driving are being tested, which is why the new test vehicle deliberately takes a slightly different approach. “This is the task of a research center to prepare the best possible variants,” explains Daniel Watzenig, Head of Electrics / Electronics & Software, at VIRTUAL VEHICLE.

The high-tech cars can now also be used to test vehicle-to-vehicle communication that is important for autonomous driving. In “Car2Car”, for example, the vehicles inform each other [AG1] precisely about their route in order to avoid collisions and optimize their own route. They also warn each other of traffic jams and dangers such as black ice. The test fleet of VIRTUAL VEHICLE will be joined by a third vehicle this year, whereby a different vehicle category has now been deliberately chosen. This new test vehicle will “learn” important real information for safe autonomous vehicles, in particular on Austria’s first test track “ALP.Lab” in the area of Graz, which at the same time should improve virtual simulation models. Accompanying this, international research projects with partners from industry and research are working on further development and continuous self-diagnosis of architectures for autonomous driving.

At the European level, the “AutoDrive” research project for the development of electronic components is in progress for almost a year. The goal is to achieve the maximum reliability of active safety systems and automated driving functions. 60 partners are working on the project and another 12 partners are working together on the “TrustVehicle” to make vehicles fit for even extreme weather conditions and mixed traffic, thereby increasing their acceptance. The new project “PRYSTINE” will start in May 2018. Project partners of VIRTUAL VEHICLE are Infineon, BMW, Ford, Maserati, Nokia, CRF, TTTech and AVL. 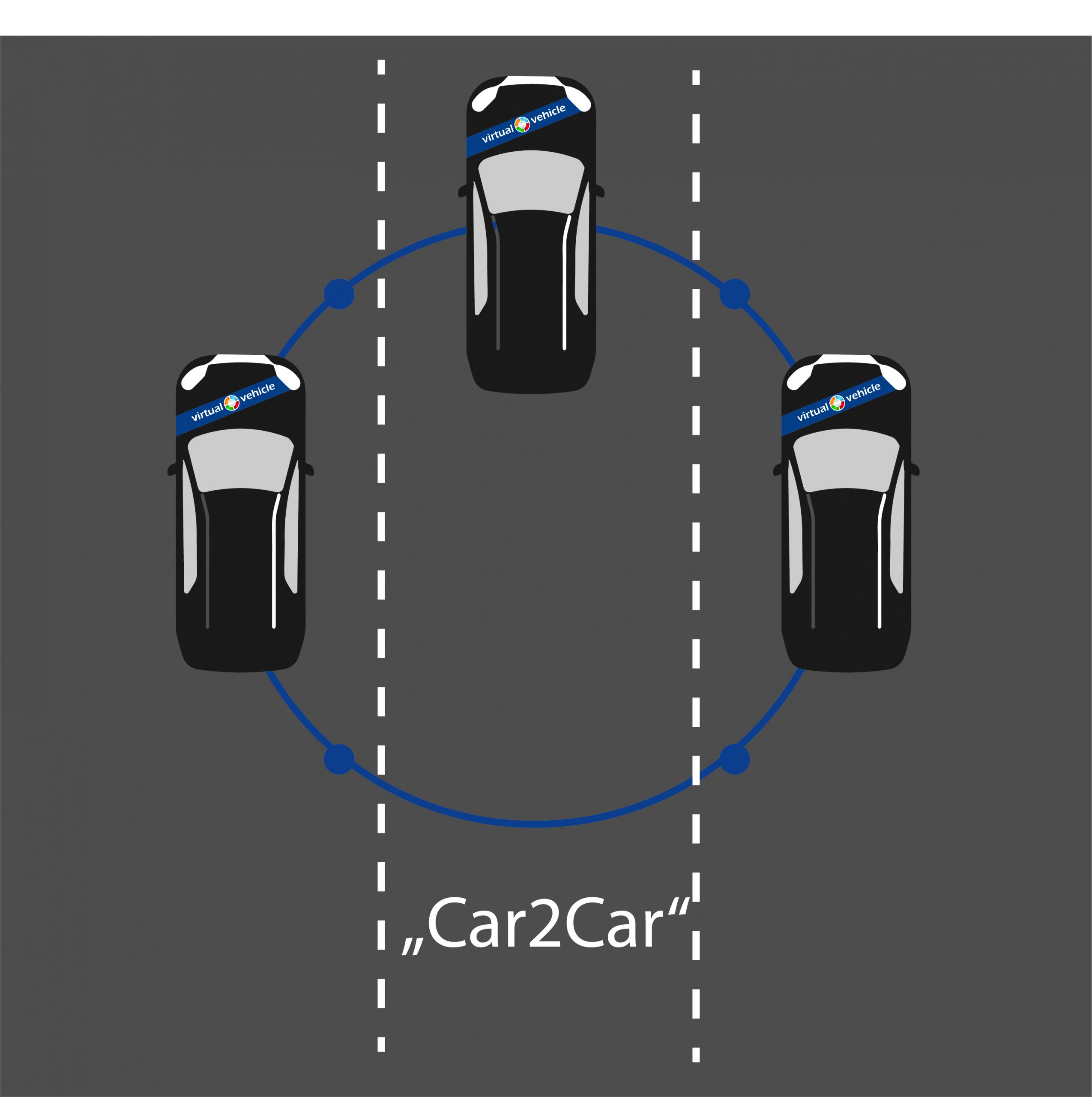 Not only “Learning by Doing”

A particular highlight of the Graz research center is an intelligent vehicle, that improves its driving skills without the need to drive on the basis of data from other cars travelling somewhere else in the world. Watzenig describes this new technology  as where the vehicle can thus “learn” how to interpret a traffic situation without actually having to drive in traffic: Steering angle, braking and acceleration correspond exactly to the transmitted journey.” Together with ZF Friedrichshafen AG and Nvidia, in just six months, an artificial intelligence-based level 4 prototype for urban scenarios was developed and recently presented at Nvidia’s GPU Technology Conference (GTC 2018) in the heart of Silicon Valley. It is equipped with cameras, laser scanners and radar sensors for redundant and reliable 360-degree environment detection and the “ZF ProAI platform”. The platform enables the development of new AI features, and VIRTUAL VEHICLE has contributed to this. 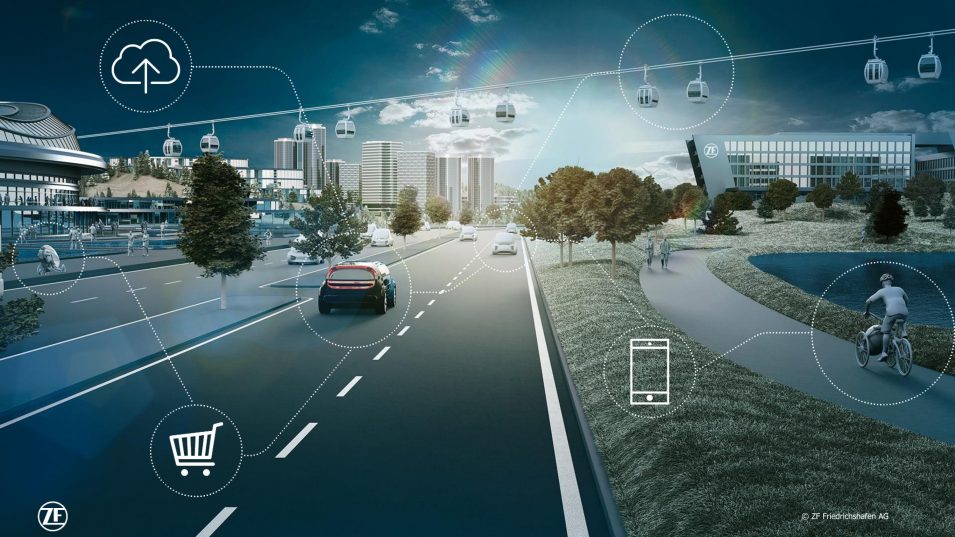 Numerous tests are being carried out worldwide in the field of automated driving and new collaborations and acquisitions are constantly being announced. So far, one driver was always on board for safety during the tests. From April 2018, it was planned to drive cars for the first time, without steering wheel, pedals and without safety driver, for tests in public in California and Arizona. Of course, these top-of-the-range vehicles for automated driving must meet numerous safety requirements and pass tests. It is also about issues such as cyberattacks, a black box that records everything, and permanent radio monitoring that gives the police the ability to stop a vehicle.

“Only very limited tests are possible in Austria or Germany,” explains Watzenig. As public authorities in Europe generally take a very long time, most automakers also test their autonomous vehicle technologies in the USA. In Austria, every test – for example for a traffic jam assistant – has to be applied for, which is examined by a committee. It then takes about three to five months to release. And the tests are local and time-limited. Compared to the USA, this will severely hamper the further development of automated driving functions in Europe. Although, much is already being developed with simulations today, the whole reality can only be “experienced” by performing real tests. Precisely for this reason, the new test tracks such as “ALP.Lab” are very important for the autonomous future, since safety clearly has priority here.

The way to the driverless “robo-car”

“It will not be the case that complete Level 3 vehicles will be launched tomorrow and the Level 4 vehicles are already in the garage,” says Watzenig. “We are still a long way off.” The step to Level 4 in particular still requires a lot of research and development work. Many individual functions, such as a traffic sign assistance systems, already exist, but all these individual systems must work together perfectly and be validated and approved. VIRTUAL VEHICLE is particularly active in the field of software platforms (so-called software stack) for level 4 functions even over 65 km/h, since special redundancy concepts are required as protection. Watzenig concludes: ”Currently, there is no vendor worldwide who can offer an automated vehicle from a single source, ie the relevant domains vehicle platform, drive-by-wire, software stack, sensors, actuators, FuSi (Functional Safety) concept and a comprehensive homologation.”

What the next years will bring

Largely automated vehicles will move in the next few years, especially in well-structured infrastructures at rather low speeds. For example, so-called “People Movers” are travelling in Singapore or Switzerland and have already been tested in Austria.

The vision of 100% safety very often demanded for autonomous vehicles will never be achieved, despite the continuous improvements in sensors, super-fast communication systems amd artificial intelligence. There will also be a minimal risk.

It is undisputed that many automatic safety functions such as lane keeping systems or spacers have already significantly reduced the number of accidents. Currently more than 1.2 million people worldwide die in traffic. For us, the most common cause of accidents is inattention and distraction. This is where automated driving functions can contribute enormously to safety. In addition, autonomous cars soon bring more comfort – for example in traffic jams – relaxation and time savings.

At VIRTUAL VEHICLE, topics such as sensor technology, sensor evaluation, sensor fusion, data fusion, verification, functional safety or even human-machine interface projects are being driven forward for the new world of mobility with partners. The combination of virtual simulation and real tests significantly speeds up development work. No vendor can cover all these complex issues today. That is why VIRTUAL VEHICLE also connects numerous local, national and also international companies in order to establish Austria as one of the leading European research nations in the field of automated driving.