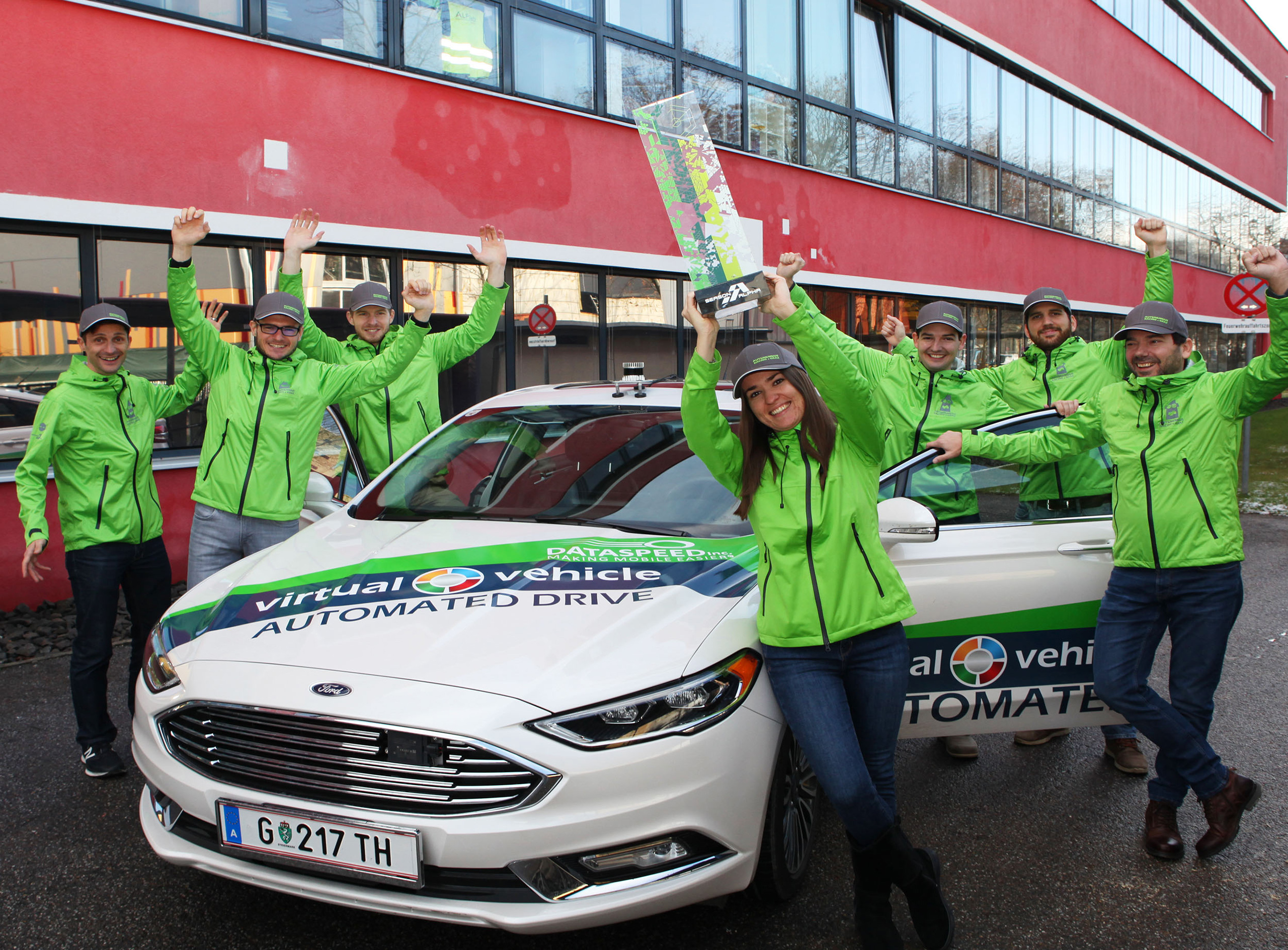 Posted at 10:48h in News by Wolfgang Kuhn

It still takes a while for the engines to start, but major events cast their shadows ahead: On October 23, 2021, a new chapter in racing for autonomous vehicles will be opened at the famous Indianapolis Motor Speedway. The “Indy Autonomous Challenge” is a one-of-a-kind race that has never been done before: The teams compete with modified Dallara IL-15 racing cars that drive head to head at a top speed of up to 320 km/h over the famous racetrack. And with the “Autonomous Racing Graz Team”, a group from Austria is aiming for victory as well.

The Styrian team is made up of scientists from TU Graz and VIRTUAL VEHICLE and is led by Daniel Watzenig. The “Indy Autonomous Challenge” offers no less than a prize money of $ 1.5 million, so the competition is tough: A total of 37 universities with research focuses such as artificial intelligence and self-driving vehicles have formed 31 teams to take part in this race. Universities like the Massachusetts Institute of Technology (MIT), the University of Virginia or the Clemson University’s International Center for Automotive Research (CU-ICAR) will be joining the race.

The event is the first of its kind in the world: The „Indy Autonomous Challenge” (IAC) is organized by the “Energy Systems Network” (ESN) and the Indianapolis Motor Speedway (IMS). The event builds on the success of the DARPA Grand Challenge 2005 and the DARPA Urban Challenge 2007, which had a major impact on research and development in autonomous vehicles. “This is an extraordinary challenge, calling on the best and brightest of our university students and faculty worldwide to engineer software that will have a significant impact on the future of all classes of transportation,” said Paul Mitchell, president and CEO, ESN. Key to the success of preparing the university competitors for the October 2021 IAC race will be a series of hackathons and workshops. Further information about the race can be found here.